Exclusive: Stephen Curry and Wife Ayesha on Marriage, Kids and Their Matching Tattoos

Stephen Curry isn't a superhero, but he plays one on TV. The Golden State Warriors point guard's otherworldly marksmanship has earned him wide acclaim as the best basketball player on the planet. Yet when he's not busy winning league MVP awards or NBA championships, the 28-year-old is the loving husband of Ayesha (a rising culinary star) and doting dad of daughters Riley, 3, and Ryan, 10 months. The duality of his life evokes Clark Kent, right down to the costume change: When Riley sees her father in his uniform, she's been known to stop calling him "Daddy" and refer to him as "Steph Curry." 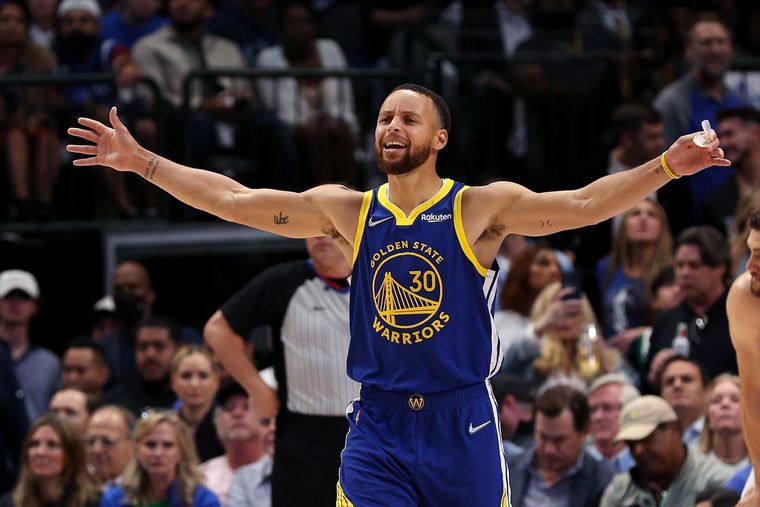 Parents spent an afternoon with the Currys in March, right after Stephen had tied the league record with a dozen 3-pointers, including a game-winner in overtime from 38 feet away. The boyish 6-foot-3 Curry is also among the league leaders in steals and assists. He's versatile off the court too. During the photo shoot, a member of his team informed him that Justin Bieber wanted Curry to film a video for The Bieb's next world tour. He listened intently to the pitch, all the while giving Ryan a bottle. His A-list fame is far beyond what he could have imagined as an unassuming teen in Charlotte, North Carolina.

PARENTS: You two were in the same church group as teenagers, but you never asked Ayesha out. Were you afraid she was out of your league?

STEPHEN CURRY:I always had my eye on her, but I got a little shaken, for sure.

AYESHA CURRY: I wasn't allowed to date in high school. We always laugh that we were both focused on God.

Fast-forward a few years. Stephen is a rising junior at Davidson College [in North Carolina], you're pursuing an acting career in Los Angeles, and he comes to town for the ESPYS sports awards show. He found you on Facebook, and you spent a day hanging out—does that count as your first date?

AC: I mean, it was friend vibes ... until I dodged his first kiss.

We need the play-by-play.

AC: He was in mid-conversation and came flying at my face like a thief in the night. So I was like, No. Then I thought, "Oh, I didn't know this is what was happening."

When you guys got engaged a couple of years later, that centered around a kiss too.

SC: It was in the same spot where we had our first kiss—in the driveway of my parents' house in Charlotte.

SC: Yeah, it was like The Notebook. The plan was to act like we were going to a family cookout. So we pulled up to the house, and I stopped in the middle of the driveway, got down on my knee, and went into my spiel. Little did I know the whole family was looking out the window, videotaping the moment.

You guys got married so young. What was the rush?

AC: I was figuring out what my career path was going to be. Then shortly after we got married, I found out we were pregnant with Riley. She was a borderline honeymoon baby. So that became my next move. I struggled with that for a while.

Stephen, how do you stay connected on a long road trip?

SC: FaceTime helps me a lot. I feel like I'm at home even though I'm not. My girls get to see me, and Riley is at the age where she asks where I am and when I'll be back, counting down how many "sleeps" until Daddy gets home.

What was the biggest surprise of becoming parents?

AC: The amount of stuff you get done in a day is insane. Like, what were we doing with our time before kids? I feel like I should have invented something. [Laughter.] Also, it's an event to get all four of us out of the house at once. When we get in the car and we've brought everything and everybody has socks on, it's like a dream come true.

Do you go to every home game?

AC: Ninety-five percent of them. Riley used to come with me. Now I leave her home more often because it's important to keep the kids on a schedule. It gets late on game nights.

So your date night is getting to watch him play?

SC: It's not a date night. We're in the same building, but it's all eye contact from the stands to the court. And then we have the drive home.

AC: The drive home is the date.

Tell me more about eye contact during a game.

SC: We have a pregame ritual right before tip-off where I do a sign, and she does it back.

SC: Should I give it away?

SC: We have matching tattoos.

AC: I guess he's giving it away. [Stephen lifts his sleeve and reveals a tattoo on his left triceps of two arrows pointing at each other.] Why are you flexing your muscles?

SC: I have to show it. This signifies that the past is behind us and the future is in front of us, so we stay in the middle, in the moment. I smack my tattoo and she does the same.

AC: It's a reminder for him to have fun. I never want him to forget that.

SC: Yes and yes. I have to walk past the family waiting room to get to the interview room, and Riley wanted to hang out with me. She had that look, like she wasn't going to take no for an answer. So I said, all right, come with me. She sat up there, and that's when her personality shined bright. I tried my best to answer the questions even while feeling under the table and checking out of the corner of my eye—where is Riley? She's got a great sense of humor. Now she's the star of the family. If we go somewhere without her, the first question people ask us is, "Where's Riley?"

Does she understand that she's sort of famous?

SC: But she is definitely aware of people taking pictures of her.

AC: That breaks my heart a little as a parent. She'll put her hand up and be like, "Mom, she's trying to take a picture of me." Then I give a look that says, "Put your phone down."

You're both active on social media—Instagram, Twitter. A lot of parents struggle to balance the public and the private. What are the family ground rules?

SC: We'll just show each other a photo and ask, "Should I post this?" We know we're in a different situation than most people, but we want to share stuff that's meaningful and not have to be guarded. But there is a balance. We keep certain moments to ourselves, so it's a memory just for us.

AC: My whole family. My mom is Jamaican and Chinese, and my dad is Polish and African"‘American, so I'm very mixed [culturally]. The kitchen was the center of our household. I spent all of my time there growing up.

Stephen, what's your favorite dish that she makes?

SC: My truthful answer is chicken parm. She hates that because it's so simple. So my favorite non"‘simple dish is lamb chops with bacon-wrapped scallops. She makes the fixin's on the side.

Do you still find time to cook for your family?

AC: I whipped something up after the game last night.

SC: You did. At 11:30. Pasta and then Bananas Foster. It was me and a couple of friends hanging out in the kitchen, and she asked, "Anybody want Bananas Foster?" I looked around at everyone, and they're like, "Yeah, we'll take that." She whipped it up in five minutes.

What kind of a dad is Stephen?

AC: The thing I love about him is that he's not too cool for school. He'll get down on the floor and play with the girls. He'll put on dress"‘up clothes if he has to, and he's very patient, which is something I'm not. We balance each other out.

Are you in negotiations for a third little Curry?

SC: We agreed to press pause and then reassess in a year or so.

AC: He'd have three more kids right now if he could.

Even though you lead a very glamorous lifestyle, you seem to share the same struggles as many other parents.

SC: A friend who's a rapper was over at the house yesterday. He has two kids, and we were sitting there swapping stories about fatherhood—diapers and bottles and day care. Lots of new material for our conversations.

What are you most looking forward to with the girls?

SC: I think about the milestones from my childhood and what it will be like to watch our kids go through them. Taking Riley to her first day of school was a whirlwind. I can't imagine what middle school is going to be like, and high school, and graduation. All those little checkpoints are going to be fun, and there will be ups and downs along the way. Watching our children go through those life experiences will be amazing.