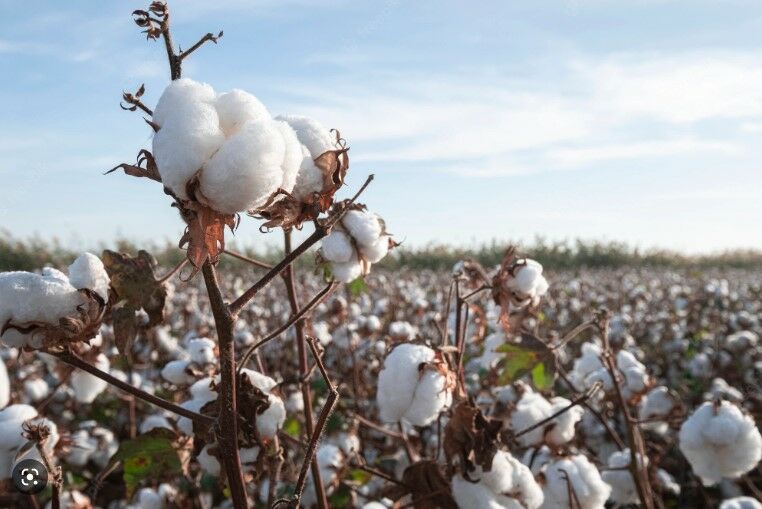 Cotton farming: About 20 million tons of cotton are produced each year in around 90 countries. China, United States, India, Pakistan, Uzbekistan and West Africa account for over 75% of global production.

Cotton represents nearly half the fibre used to make clothes and other textiles worldwide, with much of the rest coming from synthetic products.

The issue of water usage is not a new challenge for the sustainability world, but increasing temperatures and changing weather patterns over the last several decades along with increased water consumption has turned this into an impending crisis. Recently, the U.S. government declared a water shortage on Lake Mead, one of the main feeders of the Colorado River. The declaration will have an immediate impact on more than 40 million people, including farmers across seven U.S. states and parts of northern Mexico. Disputes over water, both in the U.S. as well as internationally, have been on the rise. In 2018, the U.S. Supreme Court adjudicated two separate disputes between states over water supplies. Determining how to protect a dwindling supply of fresh water is one of the most important sustainability challenges we’re facing today.

The United Nations has recognized water as a basic human right, and when it developed its Sustainable Development Goals, protecting water supplies and ensuring universal access to fresh water were key priorities. With fresh water becoming increasingly scarce, yet essential to our survival, ensuring that industries are taking a smart, sustainable approach to water management is more important than ever.

Cotton, like any plant, needs water to grow. However, claims that cotton is a water-intensive fabric are primarily based on misleading water consumption data that has been floating around on the internet for the past 10+ years and are not based in reality. On a global scale, cotton is planted on roughly 3 percent of the global agriculture land and uses roughly the same share (3 percent) of agriculture water. Additionally, the cotton grown on just 3 percent of agricultural land supplies 28 percent of the world’s textile needs.

It can take more than 20,000 litres of water to produce 1kg of cotton; equivalent to a single T-shirt and pair of jeans. 73% of global cotton harvest comes from irrigated land (as documented in the WWF report The Impact of Cotton on Freshwater Resources and Ecosystems).

Agriculture is the largest source of pollution in most countries. 2.4% of the world’s crop land is planted with cotton and yet it accounts for 24% and 11% of the global sales of insecticide and pesticides respectively. Unsafe use of agricultural chemicals has severe health impacts on workers in the field and on ecosystems that receive excess doses that run-off from farms.

The use of genetically-modified (GM) cotton varieties has increased remarkably in recent years reaching 20% (67.7 million ha) of the global crop area in 2002. Several of the major cotton-producing countries cultivate a significant percentage of their cotton fields with GM varieties that are resistant to some insect pests and/or tolerant of certain herbicides.

Unsustainable cotton farming, with massive inputs of water and pesticides, has already been responsible for the destruction of large-scale ecosystems such as the Aral Sea in central Asia and the deteriorating health and livelihoods of people living there. Cotton is also one of the most 'thirsty' crops in several large River Basins including the Indus River in Pakistan, the Murray-Darling Basin in Australia, and the Rio Grande in United States and Mexico.