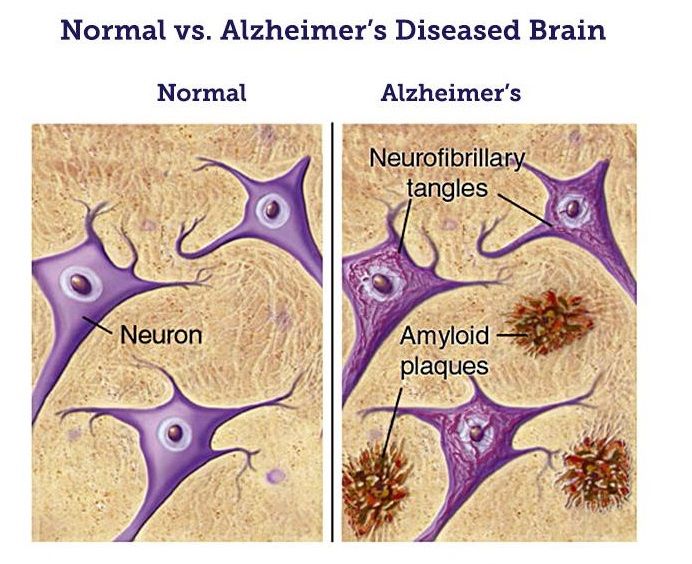 The formation of amyloid plaques and neurofibrillary tangles are thought to contribute to the degradation of the neurons (nerve cells) in the brain and the subsequent symptoms of Alzheimer's disease.

Neurofibrillary tangles are insoluble twisted fibers found inside the brain's cells. These tangles consist primarily of a protein called tau, which forms part of a structure called a microtubule. The microtubule helps transport nutrients and other important substances from one part of the nerve cell to another. In Alzheimer's disease, however, the tau protein is abnormal and the microtubule structures collapse.